WE ARE OPENED and SHIP ORDERS despite war.

We will bury all ruZZian dickheads into our fertile Ukrainian soil! This Autumn we will have a gorgeous harvest!

Thanks to all of you, my friends, who joined and sent such important donations!
Also big thanks to Joe from California and Jim from Scalemates.
In September you helped us with $1500
The total amount spent in September was $6100

I wanted to fill this report on Monday, but as you know, Ukraine was covered by a massive missile attack, so these days we tried to stay at safe places.
After this attack, our power plants across the whole of Ukraine were damaged. Now we will have problems with electricity. We will have rolling blackouts to save energy.
These are civilian objects, you will say, but the terrorussia has long shown that the rules and customs of warfare are alien to them.

What did we do in September?
1. We bought warm clothes. Jackets, pants, underwear.
2. We bought several stoves and additional pipes for them
3. There was a request for mud tires for SUV. We have fulfilled it.
4. Bought a mine detector and we made small partial help to buy DJI Mavic 3 drone.

What are we planning to do in October?
We are already preparing for winter.
1. The most important and largest purchase of October is the Night Vision Monocular. From Poland. Cost 4550$
2. Buying a Starlink station + voltage regulator (already bought and sent)
3. If there is still money left, we will continue buying warm clothes.

TAKE A PART IN OUR CHARITABLE EVENT

Foundation results up to the end of September: 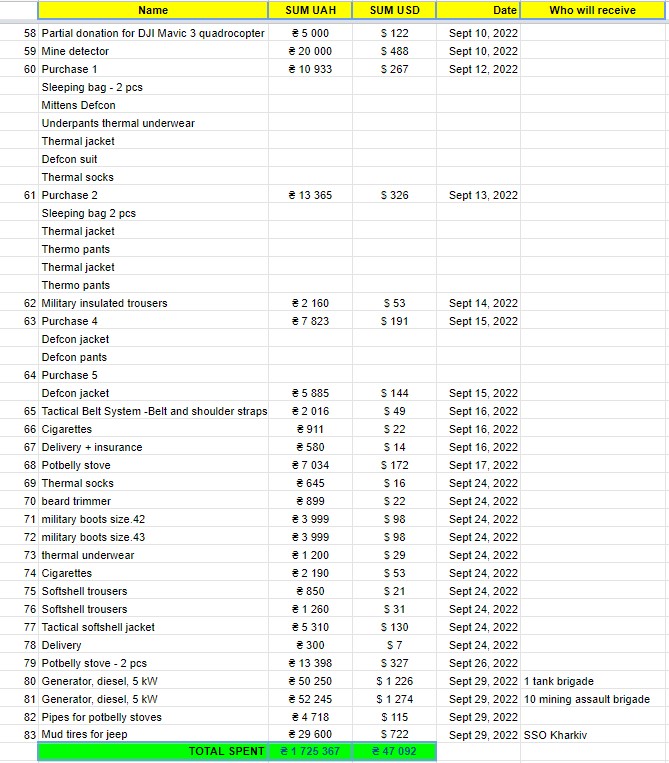 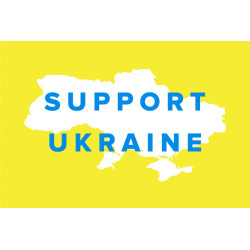 Hot
Downloadable Card with ruZZian Warship Stamp
Reports are here! All payments for this product will be transferred to the specific needs of the Ukrainian Army we will decide to.You can download you..
$30.00
Add to Cart
Add to Wish List Compare this Product
Buy Now Ask Question

It may not mean much, but don't let your hope waver. We in the U.S. are praying for you, which is powerful. What is also powerful are the upgraded weapon systems that have arrived and greater ones are going to be arriving. Accept for a few nations, every developed country on the planet is on your side. As a school trained Armor Officer (tanks-Fort Knox) I tried to join the Ukrainian tank force, but was turned down because I'm 56 years old. Yes I would need some retraining, but also know armor tactics and strategy as well as the art of war. I am a wise, able bodied man, trained in the United States who understands tank warfare and artillery.
I wish I could fight with, but it seems plastic models is all I can do for now.
1Lt Michael Luna
(formally) 1/221st Armor
40th Infantry Division