RUZZIANS, GO TO HELL!!! GET OUT, SOVIET BARBARIANS!!!

WE OPENED and SHIP ORDERS. Support our shop by placing an order. Soon we will bury ruZZian dickheads into our fertile soil.

After the war started we urgently closed our office and team was evacuated to a safe place.
Now we returned back to Kyiv! And we want to get back to normal life.
We have been in touch with every customer during this period and we are very thankful for hundreds of emails we received via email, eBay, amazon and facebook.
Your support of Ukraine is very important and impressive.

BIG THANK YOU FOR YOUR ORDERS
I would like to say a separate THANK YOU to every customer who placed an order to support our store during a difficult time without even knowing when we could ship it.
Thanks to your orders, we were able to pay the salaries of our team all this time, who were forced to leave their homes and be refugees.

There were several orders where you wrote: "No need to send anything, use this money at your discretion"
And one of the comments to the order was: Don't send me the models, go buy bullets!
By the way, all donated money in such way was transferred to my neighbors I personally know. We bought already 3 thermal rifle scopes to them who are fighting now on the frontline.

FEW WORDS about ruZZian invaders.
ruZZian army is an army of barbarians, marauders and thieves.

I personally know this from the stories of my wife's father, who was under occupation since February 26 for almost 40 days.

Their village is located 22 miles north of Kyiv. The Russians left his village at the beginning of April.
Before leaving, they buried the corpses of their soldiers under the forest near father's house.
They stole from empty houses everything that can be sold or that has value. They stole carpets, TVs, laptops, household appliances, batteries, screwdrivers, drills, boat engines. They also stole trucks from the poultry farm to take out the loot. Then we saw photos of these branded trucks on the territory of Belarus with an ugly letters V and Z on the body.

There are also a lot of audio intercepts where ruZZian soldiers communicate with their wives and mothers. They tell them how much money they were able to steal, how they steal sneakers, clothes, perfumes, blenders and teapots from Ukrainian homes.

This is not an army. This is a shame for the whole world. And we all need to stop them together.

P.S. You can see on photo of ruined house at Borodyanka what "ruzzian world" means. 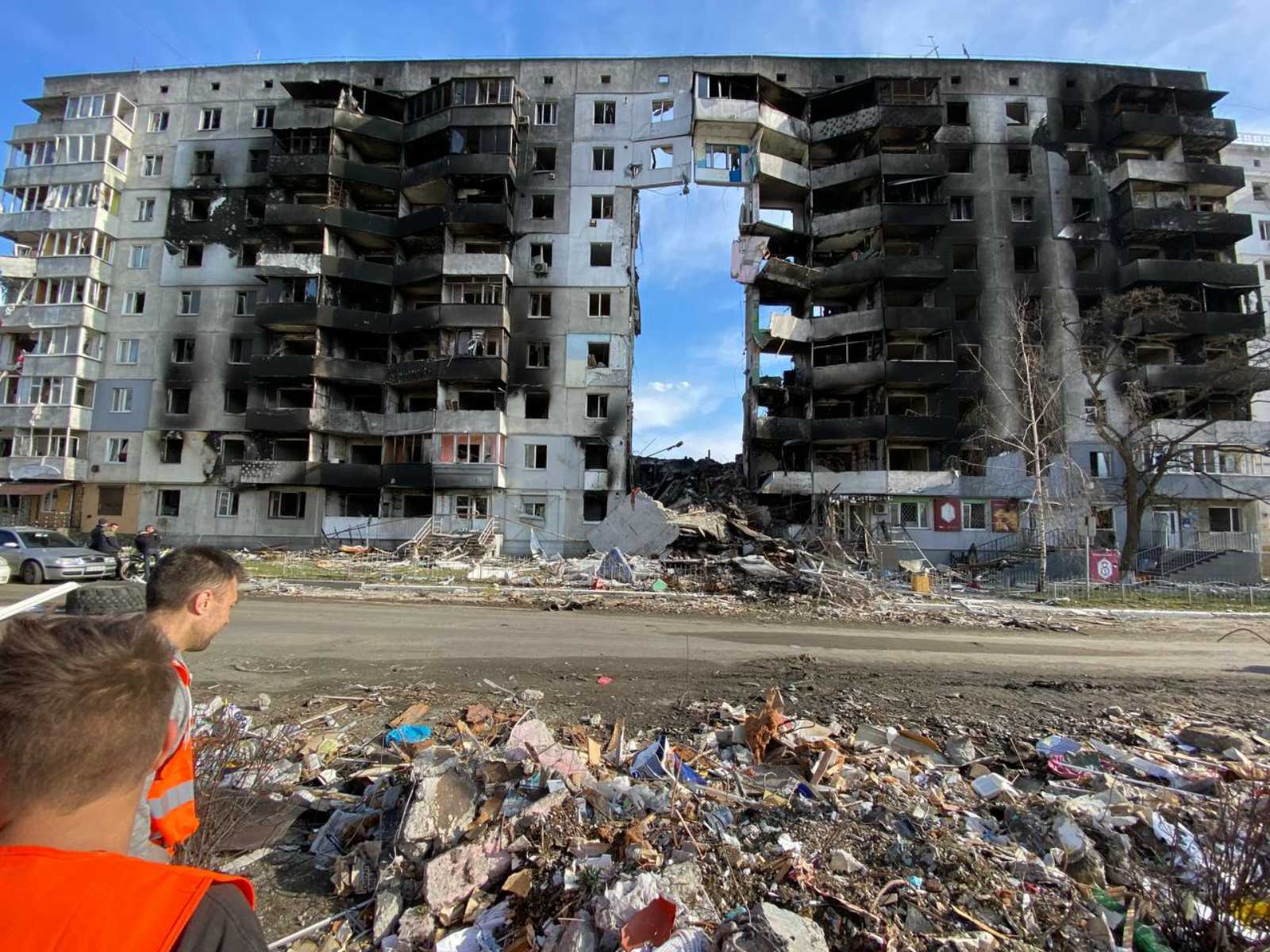 So happy you, your staff; and your family's are safe!SLAVA UKRAINI!!Eddie

Very glad that you and your team are OK. I would like to help your father-in-law. I will order a product with the note that the money go to him. Is this OK? Paul Slava Ukraini!

I had made an order before the war from your store on ebay. In the received package was some Ukrainian candy and a card from Kolia. I put the resin parts on the pile of 'things to do someday' and the candy I forgot about....until I found it the other day. I shared the candy with my two young daughters, and explained to them this candy is special. It came from a land going through horrific times, and we should think about the people there and hope they remain strong, and that they all stay safe.

Thank you for your strength.

I am a modeller from Austria; I follow the developments in this barbarian war; We - in Austria - already try to help Ukrainian families by offering temporarily shelter and safety in and around our city.

Good to know you guys are holding on. I'll send an order to keep your business on as I am really impressed with the quality of Ukrainan products; I also will send a donation; Spent it as you think it is most reasonable.

After the war, I'll come to Kyiv to see what we can do

Our feelings are with you ! Hold on

I’m an American modeler from Seattle. My last order was shipped on the 23rd of February. Thanks to the buttheaded Ruzzian I’m sure it was lost in the confusion.
So I’m going to re-order and add a few more.
KEEP UP THE GOOD FIGHT!!!!
SLAVA UKRANINI!!!

Dear Chris, no, your order is not lost! We take care of every order we received before war. We've packed your order but war started and it stayed packed at office. Now we returned back and your order was shipped. You can find tracking number at your order page. You can track it here: https://usps.com/

I bought from you in the past and will continue to buy from your store, not because of this war but because of you good costumer service. It is better to keep this issue away from the modelling hobby, my only hope is that this finish soon and peace is reached

Just placed my first order, won't be my last. Keep up the good fight! We are praying for and supporting all of Ukraine's people!!

I recently started to buy ICM models of Soviet planes, from WWII. but I am putting Israeli and Korean markings on them, so as not to give any glory to the USSR. Now I have the Yak 9K and soon to order the P-63.

From Portugal, all the best for you !!

Keep safe, and let's hope this mass destruction and murdering by the Ruzzian infadels stops soon.
Good luck with tour shop we wish you well.
UK is with you

Congratulations! So happy to see so many MiniArt kits on your site. U.S. is with you. Stay safe!

Thank you all of you guys for your support. You don't even believe how this is important and inspiring. All your words push us to fight with bigger motivation.
Slava Ukraini!

Just got the Email Artem. So glad that you and the staff are safe! You guys are the BEST! SLAVA UKRAINI !

From argentina, we send you all our blessing. We bought your products in EEUU.

So very glad you and yours are safe., and able to return to your home. Stay strong and stay safe!
The RuZZian invaders HAVE F#@ked themslves!

Very happy that you are all safe and in business again. I hope this madness ends soon and crimes punished.Ukrain will prevail.
Good luck

in my house there were 5 people living with us from ukraine, 2 ladies and 3 children. I knew that Russians are bad people (I am Polish, we have experience with Russians), but the fact that in the 21st century they do such things excludes them from the normal world. They are barbarians! SLAVA UKRAINIE !!!!!

We are opened!
Jacek Brylka

We are opened!
Francis Brennan

We are opened!
Colin Latta

We are opened!
Patricia Akerman